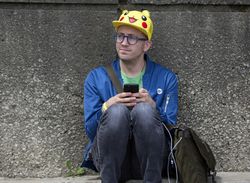 Ryan "RyCo" Copple served as general manager of Geek & Sundry. He can sometimes be heard off-camera, and he appears in Bonus content 15.1 playing Super Smash Bros with Felicia and Ryon.

Felicia met Ryan by introducing herself after enjoying some videos he had created online. "I picked him up off the internet," she often jokes. She has frequently described him as her best friend and "work wife." They have collaborated on projects post-Geek & Sundry, including the "Pooka Lives" episode from season 3 of the Hulu show Into the Dark.